We are riding a recce of our newly launched Wild Coast Adventure Trail, a 200km skedaddle down this magnificent coast from Port St Johns to Kei Mouth. We rode this stretch of coast on our charity ride Into the Unknown and knew that we had to share it with the world as a commercial trail, so that other people could get a taste of the incredible things that we have been so privileged to experience.
As Joe and I left Durban for Port St Johns the rain started and by the time we reached the somewhat scrappy but charming little town the rain was thundering down. We had planned to camp for the night but needed to revise this as we are simply not cut out for a drenched night in a small polyester bag held up by some fancy whippy sticks!
We dealt with the most pressing issue first: where to watch the Springboks beat England in the last rugby test match of the year. We did our bit for national pride, found a bar, drank beer and swore loudly at the utterly incompetent referee who clearly wanted England to win. He almost had his way but our boys, struggling under his competence as England’s sixteenth man, just managed to magic a win. First problem of the afternoon was sorted!
The second problem was quickly solved when one of our beer swilling bar buddies suggested the Jungle Monkey backpackers just up the road. The place was full: it was Saturday night and it was live music night! This could be good we thought and we were right; a band of local youngsters blew us away and we rolled into bed late happy and with much wine in the system!

The drums were still playing in my head when I woke in the morning but there was no time to dawdle; our horses, crew and client were on the road from Kei Mouth and we needed to make sure that arrangements were in place for their arrival. We had a well laid plan but once again  realized that it was…well…a rubbish plan, and scrabbled around to make a better one with the horses accommodated in an impromptu paddock at a picnic site overlooking the beach next to our start point, Umngazi River Bungalows.
I got that little trill of excitement when Julie-Anne Gower, our partner, in this little caper rolled in with two horse boxes carrying Tara, Tenna-sea, Reign and Tamzin. She also had with her our brave client Irishman Victor Kee, who will hopefully be getting the ride of his life over the next week, and Nicky Hoseck, who guides trails for our partners Wild Coast Horseback Adventures.

Having suffered the considerable charms of Umngazi River Bungalows for the night, we loaded the back-up vehicle, saddled up, set off, and crossed the shallow Umngazi River to canter down the hard sand of the beach beyond with everyone still on board by the end: the perfect way to start our 200 km journey!
We hit the Umngazana River after a few kilometres of trotting through the evergreen Wild Coast hills; this short but deep swim was a great way to introduce everyone to the bigger swims ahead.
Day one of this trail is short, just 20km, but the terrain en route to The Kraal, our overnight venue at the idyllic settlement of Mpande, is challenging. This horseback ride is an adventure, and the negotiating the tracks on the steep wooded hills and valleys after coming off the beach makes you feel like an old world explorer. The reward at the end is taking in the spectacular view of Mpande from high up on a headland, before plunging down through a tunnel of beautiful coastal forest to a ridiculously beautiful river mouth direct from the set of Blue Lagoon, just without the topless Brooke Shields unfortunately!
On arrival at The Kraal, after settling the hoses into their paddock, we sloped up to the shabeen to get a cold beer; salty and  thirsty having just had a quick swim in the lagoon. The beer which had came out of a freezer was, as you would expect, icy cold and we spent an hour sitting around drinking beer and chatting to the locals before wandering back down the road, extra quarts of beer swinging from our hands, to prepare ourselves for our dinner of a delicious local fish curry. My tent called soon after dinner and I gave up on a fabulous day to get the rest I needed for our challenging second day.

Read the next instalment here
For more information on The Ride’s Wild Coast Adventure Trail go to: http://www.barryarmitage.com/expeditions/wild-coast-adventure-trail

Spring has sprung - literally with lots of rain!

Well, the weather has done it’s best to curtail our work at Wild Coast Horse Trails but we have soldiered on in pouring rain with all the enthusiasm of those who love their vocation and have the privilege to work with amazing equine companions.

Our two clients from , Bronwyn and Simmy, endured three days’ of rain – determined not to miss a minute’s riding during their weekend farm stay. The whole experience was quite a challenge for two ladies who had rarely ridden outside of the arena before, but they coped admirably with the difficult conditions, helped along by our sympathetic and steady horses. 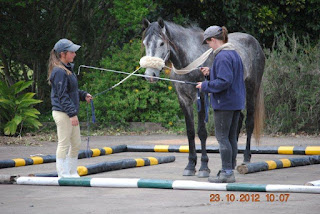 Another wet few days saw Klara Webb introducing the team to Ttouch and Ride with your mind techniques. The results were astonishing and we saw some incredible improvements in our horses after just one short session. Our minds have been opened to a whole new way of approaching our work with the horses and we are looking forward to sharing this new knowledge with our clients on the Natural Horsemanship Week programme we are developing.

We are also discovering the benefits of riding in a lighter seat and encouraging the horses’ backs to come up underneath us. Doing so much fast beach work inevitably leads to our horses tending towards the forehand. This new way of riding is helping to combat that and we saw some great results, especially from Roz and Geronimo. Geronimo was a stock horse before coming to us so has never been the easiest horse in the schooling arena. However, Roz’s riding, assisted by Klara and Ttouch bandaging, brought him into a beautiful outline and had him extending through the neck and rounding his back like a dressage horse!

September saw the launch of several new trails and holidays at Wild Coast Horse Trails. Our new seven- night beach trail is a fantastic 140km adventure along the which Nicky lead for the first time with clients Claudia and Volker Weber. Although Volker’s shirt suffered a few casualties after trying to bundu bash our way through a small section of forest, the rest of the trail went smoothly and painlessly. Our furthest destination is the Kob Inn, situated right on the rocks overlooking the sea; this is stunning spot and proved excellent for dolphin spotting. The riding is as exciting and varied as ever and our horses gobbled up the additional kilometres without batting an eyelid. proved, once again, what a solid trail horse he is despite his youth. After a long morning’s ride through to , he had a long drink and then promptly dozed off – truly nothing unsettles this loveable boy even at his tender age of six!

Last week Nicky and Roz headed out into the rain once again with clients from , and the . The rain did nothing to dampen spirits and the four-day beach trail proved to be an enjoyable adventure for all. The rivers were surprisingly shallow and calm which made for easy crossings for both horses and riders. Roz, however, was on Time Warp who is not always sure how many legs he has or where they are at any given time. As a result, they ended up swimming the while the smaller horses all managed to wade through quite comfortably. The dips and undulations in the river bed are not always easy to read and Time, sadly, misjudged it and ended up in a deep section, casually soaking Roz along the way! Our Swedish and German clients then headed off to Dinaka where, hopefully, the weather cleared enough to give them a wonderful game riding experience.

The past couple of months have been busy with the births of this years’ first crop of foals. Astro is the first foal out of Tic Tac and our first pinto baby. He’s already looking tall and strong so shows potential to follow in his grandmother’s () hoof steps as a great a trail horse. Tommy is the progeny of our Percheron stallion Bobby and has the same mischievous personality as his brother Trevor. Our filly (Tasara) is the first foal from our Anglo Arab stallion, Tashbah, and one of the few chestnuts we have produced. In her first couple of weeks, she had all the flightiness and action of her Arab bloodline but now, as she fills out, her mother’s Percheron genes are starting to show themselves. And, last but not least, is our Thoroughbred/Percheron cross colt. Born jet black with a white star, his grey hairs are already starting to come through.

Back on the farm, there has been lots of activity, as The Loft accommodation for clients on our working riding holiday programme has enjoyed something of a revamp. A deep clean and a fresh coat of paint has given it a new look, although the rain has forced us to delay repainting the exterior so we are hoping for some dry days in order to complete the project.

Ida and Phillippa, from , have just headed south to experience some of the adrenaline adventure highlights of the . First stop is a skydive in Grahamstown and then they are headed down to Stormsriver to throw themselves off the . Crazy or adventurous – what do you think?

Over the month ahead, we are looking forward to furthering our Ttouch work and also to starting two youngster, Twain and Taitum. Both Anglo Arabs, we are really looking forward to seeing how these youngsters shape up under saddle with the intention of them joining our trail team in the years to come. 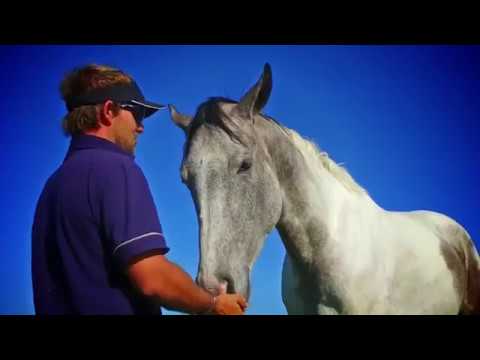